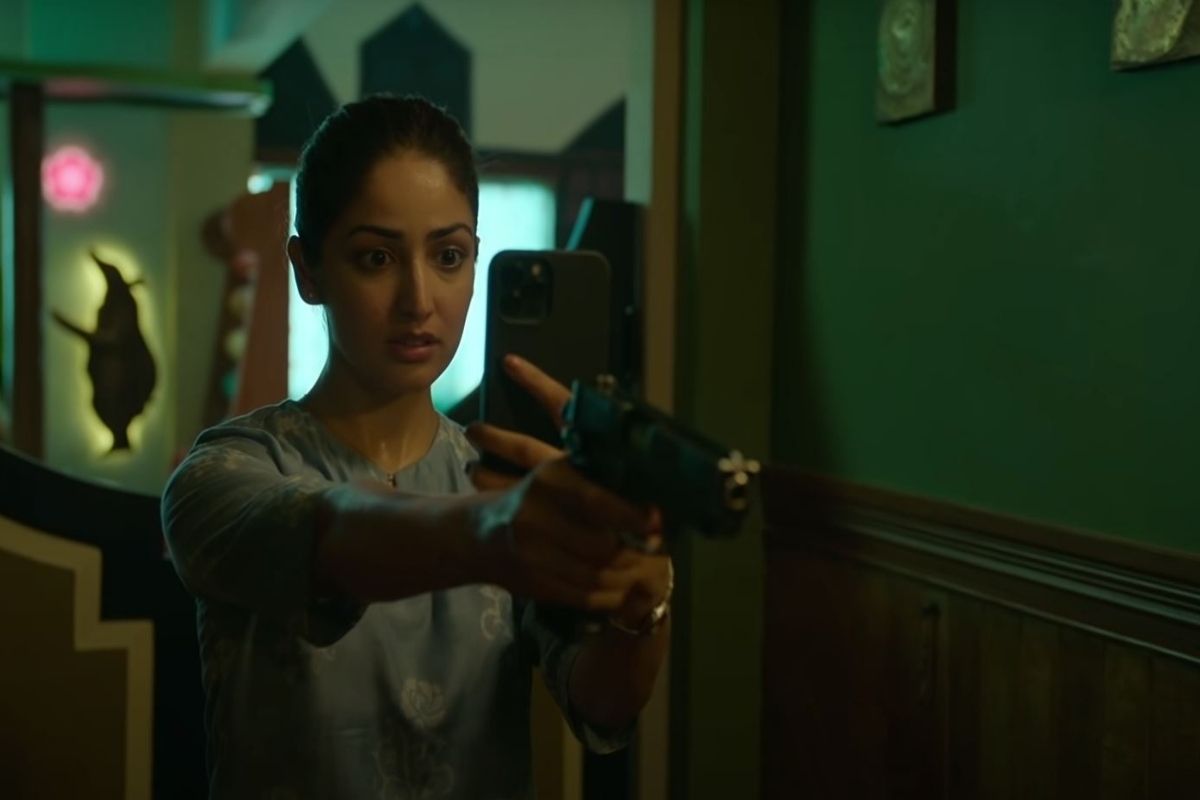 The latest movie, “A Thursday” was released on 17th February on the Disney + Hotstar OTT Platform. Written and directed by Behzad Khambata, the movie has a total runtime of 129 minutes. The movie stars Yami Gautam in a lead role. Apart from Yami, the movie also stars Atul Kulkarni, Neha Dhupia, Dimple Kapadia, and Karanvir Sharma in several supporting roles.

There’s a lot to like about this film. Firstly, the movie deserves accolades for its engaging plot. The story is sure to keep you hooked till the very end. Yami Gautam plays the role of Naina, a playschool teacher who is usually chirpy and lovable. Widely loved by her pupils and their parents alike, Naina’s character suddenly takes a turn towards the dark as she holds the children hostages with a list of demands. This, unsurprisingly, shocked her friends, family, and anyone who knew her. She starts making demands from the police and the government. The news of this incident sends shockwaves across the country. Her demands included transferring 5 crores to her bank account, summoning two random strangers – Rakesh Mathur and Charan Kumar, and her desire to speak to the Prime Minister. The plot reaches a high when Naina makes her final demand of meeting the Prime Minister, Maya Rajguru played by Dimple Kapadia, in person. The climax is well executed and is sure to keep you glued to the screen. Even though there are certain subtle flaws, the overall flow of the story is smooth, steady, and quite engaging.

Secondly, the movie has a great cast. Dimple Kapadia channels the aura of Indira Gandhi in the film with her supreme acting skills. Maya Rajguru is not only an efficient Prime Minister but also a woman who understands the pulse of women. She uses both her head and listens to her heart before making an important decision. Neha Dhupia also steals the show with her powerful performance. Portraying the character of a pregnant ACP Catherine Alvarez, Neha justifies her inclusion. Moreover, Atul Kulkarni plays the role of a “Supercop” Javed Khan who never fails to perform his duties in a stellar turn. The antagonistic nature of engagement between the two senior cops while struggling to handle the crisis is well portrayed.

Yami Gautam is however the undoubted show-stealer with her gripping performance. The lovely teacher turned criminal Naina who is a victim herself is played in a sublime manner by Yami. She convincingly portrays a juxtaposition of different emotions and shades within her character.

Next, the movie highlights one of the most relevant and heinous crimes, the assault of underage women. It shows what effect such a traumatic experience can have on women and the lives of everyone around them. The movie highlights the associated anxiety, depression, and chronic fear alongside the inefficiency of the current judicial system. Where rapists easily go scot-free, women raped are subjected to constant harassment breaking them down in most cases. In many cases, ordinary rape cases are left ignored in favor of higher-profile cases. The movie does a commendable job of sending a strong message and forces us to think about the faulty system. Naina even goes on to say that as long as we don’t shout, no one seems to turn their heads.

The direction is flawless. Behzad sets out to direct a movie that would make the audience ponder and he has accomplished that. A Thursday is a solid thought-provoking thriller that holistically calls attention to what is wrong and what is to be done. The movie has received positive reviews from the actors and audience alike and is, therefore, a must-watch.