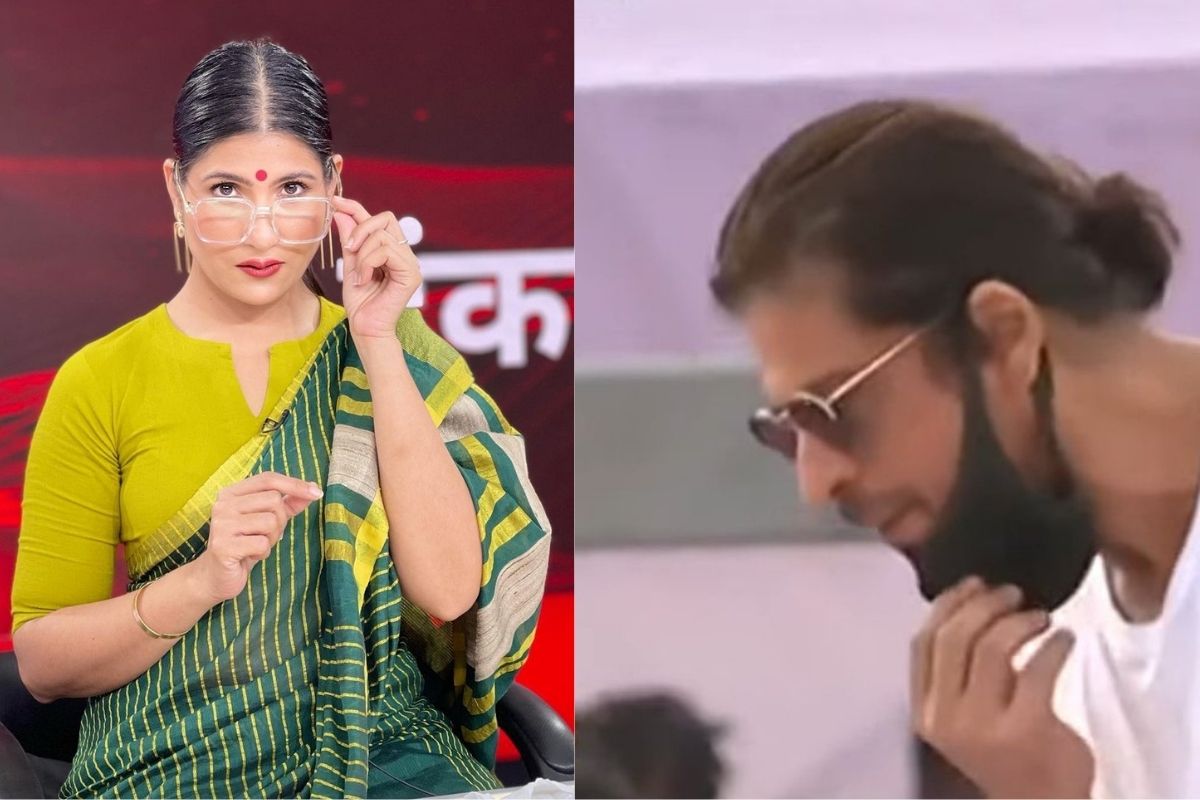 In a viral video, Shah Rukh was seen raising his hands in dua to honour the late singer Lata Mangeshkar. And blowing towards Lata Mangeshkar’s torso while lowering his mask. A BJP official questioned whether the Bollywood actor spits on the singer. The BJP’s state-in-charge for Haryana IT Department, Arun Yadav, tweeted the video and asked, “Did he spit?” The statement was met with a bombardment of criticism from all sides.

Popular Journalist Rubika Liyaquat, stated, “It isn’t spitting at all. It’s known as Fatiha reading. It’s blowing now that we’ve said our prayers.” Other internet users stated that the actor was ‘blowing air,’ which is a typical practice in Islam. Many SRK followers defended the actor and revealed the reality behind the internet sensationalised “spitting” angle.

On Sunday morning, the ‘Nightingale of India,’ Lata Mangeshkar, passed away. After a struggle with COVID-19, the legendary vocalist was 92 years old and had experienced major organ failure. At her burial, Shah Rukh Khan, Aamir Khan, Ranbir Kapoor, Prime Minister Narendra Modi, and Maharashtra Chief Minister Uddhav Thackrey were among the celebrities and prominent leaders present. Photos of SRK praying for Lataji at her funeral have already gone viral. While many welcome it as a symbol of ‘secular India,’ some trolls accuse King Khan of spitting on Lata Mangeshkar’s mortal remains.