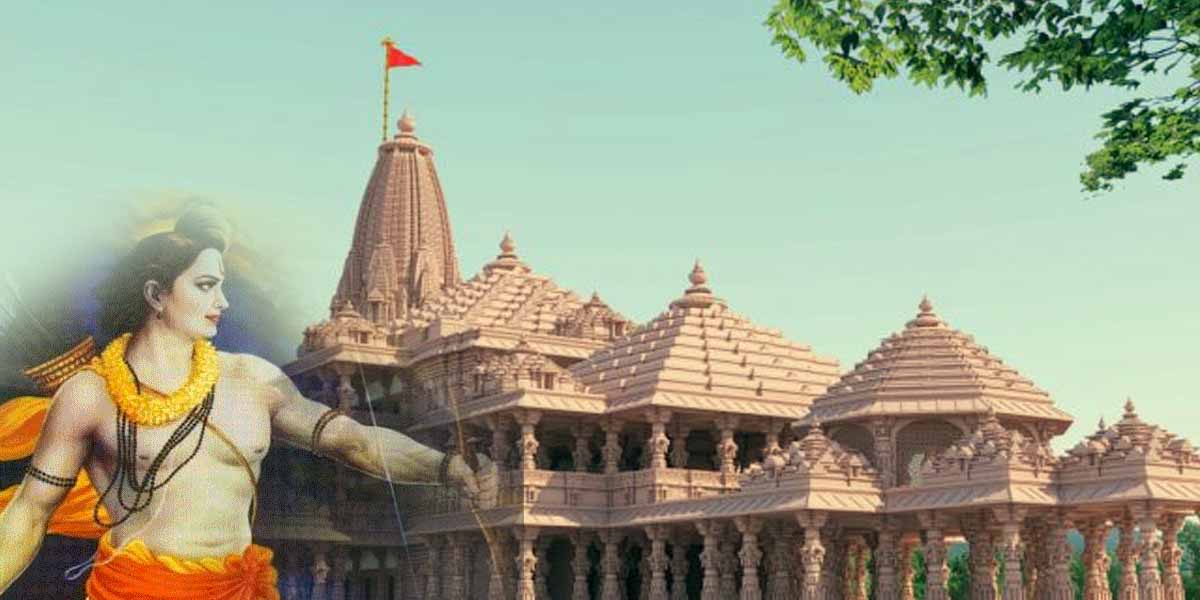 Ram Mandir issue involves a plot of land in the Ayodhya city in Uttar Pradesh. This site is considered as the birthplace of Lord Rama which also locates Babri Mosque.  Now the issue is that whether a previous Hindu temple was demolished or to be modified to create a mosque. This dispute has prompted India’s worst spate of religious violence from the time of partition. It is the matter of inciting political rhetoric in lead to mostly all elections.

As per Hindus in 1528 the Babri mosque was built and on the land on which it is constructed is the Ram Janmabhoomi, i.e. birthplace of god  Rama. However, one of the Mughal king Babur’s generals known as Mie Baqi have destroyed a pre-existing temple of Rama and built a mosque at the site well known as Babri Masjid, i.e. Babur’s mosque. At that time both the communities worshipped at that mosque temple as Muslims inside the mosque and Hindus outside that mosque. That was in 1885 when the head of Nirmohi Akhara filed a petition to so that permission can be granted to offer prayers to Ram Lalla inside the Babri Masjid. In 1886 the consent was not granted, but FEA Chamier, a district Judge of Faizabad, gave his judgment and said that ‘it is inopportune that a masjid should have been constructed on land which was held sacred by Hindus. However, as that event occurred approximately 356 years ago, at this point, it is too late to remedy the objection.’

What is the primary cause of the issue and what prompted the conflict?

It was in 1949 December when the statues of Ram and Sita were placed in the mosque. These idols were placed to stake a claim and convert the existing Babri Mosque into the Ram temple. At that time PM, Jawaharlal Nehru reached the site and asked Uttar Pradesh CM GB Pant to address the matter and to remove the idols. Instantly numerous Hindus nationalist leaders discharged Nehru’s concerns and so refused the appeal to take out the idols. Following this major dispute of that time the gates of the mosques were locked and remained closed for subsequent forty years.

After this, in 1989 Rajiv Gandhi, Nehru’s grandson tried to calm down voter sentiment ordered to reopen the gates of the mosque. In revenge to this step of Rajiv Gandhi numerous BJP’s Hindutva brigade leaders with VHP, RSS and Bajrang Dal workers ran several campaigns to reconstruct the Ram temple. This campaign shoots up for the next three years till 6th December 1992. It was the time when LK Advani planned a rath yatra to Ayodhya end in the destruction of 400-year-old Babri Mosque.

How many parties are involved in this matter and the benefits & losses of political parties?

Following the ten years of the incident that was on 16th, December 1992 government established the Liberhan Commission of India to look into the destruction of Babri Mosque. In that report, numerous BJP leaders found culpable which includes many names LK Advani, Murli Manohar Joshi, Atal Bihari Vajpayee,  Pramod Mahajan, Vijayaraje Scindia and Uma Bharti. Many VHP leaders’ names also included like Ashok Singhal and Giriraj Kishore.

In 1853 the first recorded incident of the site of Ram Mandir took place at the time of the reign of Nawab Wajid Ali Shah of Awadh. A Hindu sect Nirmohis claimed that to build a mosque Babur destroyed a Hindu temple.

In 1859 a fence was erected by British Colonial at the site to divide the places of worship. From that time Hindus was permitted to use the outer court and Muslims inner court.

In 1885 first case was filed by Mahant Raghubir Das to get permission to construct a canopy on a raised platform which was outside the mosque. The plea was rejected.

In 1949  Lord Ram’s idol was placed by Hindu groups inside the mosque and owing to this both sides files suits. However, the area was declared as disputed and was locked by the government.

In 1961 one more case was filed by the Sunni Central Board against the placing of idols inside the mosque. They claimed that the mosque and all area surrounding it was a graveyard.

In 1984 a committee was formed by Hindu groups to carry out construction on Ram temple and this temple movement gathered momentum and was taken over by LK Advani leadership.

In 1986 the ordered to open up the gates of the mosque came from District court on request of Hari Shankar Dubey. Many Muslim groups protest this orders to pray in the mosque. During that time Babri Mosque Action Committee is formed.

In 1889 VHP lays the foundation of a Ram temple on site next to Babri Masjid. A case was filed by former VHP vice president and Justice Deoki Nandan Agarwal requesting to shift mosque elsewhere.

In 1990  mosque was partially damaged by VHP volunteers. However, PM Chandrashekhar tried to resolve the matter but failed. In September 1990 Advani held a rath yatra to make people understand about Ayodhya movement.

In 1992 Babri masjid disputes is razed to ground s on 6th December 1992 by the support of BJP, VHP and Shiv Sena and turned out to be the deadliest riots all across the country. This riot leads to the death of over 2000 people.

1n 2001 again tension arose at the time of the anniversary of Babri Masjid demolition and VHP reaffirms its commitment to the matter of building the temple.

In 2002 High Court ordered ASI to excavate the site to know whether it was previously a temple or not. At this time only HC judges commence the hearing to find that to whom this site belongs to.

In 2003 the survey by ASI started to know that the temple existed on site or not and finds the presence of temple under the mosque. Muslim organizations disputed these findings. In September 2003 court ordered seven leaders for trial for inciting violence and destruction of Babri mosque.

In 2004  Congress was back into power, and court rules that order against Advani should be reviewed.

In 2009 some Islamic militants attacked the disputed site and about five killed by security forces.

In 2010 Allahabad court verdicts and was a landmark hearing. They ruled disputed land can be divided into three parts, i.e. one third to Ram Lalla, another one third to Islamic Waqf Board and remaining piece to Nirmohi Akhara. Again in December, the HC ruling was challenged by Bharatiya Hindu Mahasabha along with the Sunni Waqf Board.

In 2015 VHP declares a nationwide move to collect stones for Ram Mandir construction. In December two trucks of stones arrived on the site. On the other hand, Mahant Nritya Gopal das asserted that Modi government gave the green signal for the construction of the temple. UP government led by Akhilesh Yadav alleged that no permission would be given the arrival of stones to disputed sites for construction.

In 2017 Supreme Court asserted that charges should be dropped and the case would be revived. In March 2017 SC alleged that issue is very sensitive and should be settled out of court.

In 2017 March Subramanian Swamy, BJP Member of Parliament intervened in pending appeals before SC and requested for an early hearing. However, the appeal made by Swamy was rejected by the court.

Again in 2017 July court agreed to the list of appeal s regarding hearings and matter listed on December 2017 which was a day before the 25th anniversary of Demolition. Now the bench hearing appeals are headed by Chief Justice Misra who is to retire in 2018 October. Will verdict be delivered before the retirement of the chief justice, or it would come only some months before general elections 2019.

The top court had referred the case to arbitration, asking the panel to complete all necessary proceedings within 8 weeks. However, the panel failed to come to any conclusion.

August 06, 2019, The apex court begins marathon hearings on a day-to-day basis. The hearing lasts for 40 days.

October 16, 2019 The Supreme Court reserved its judgement in the case.

November 9, 2019- The Supreme Court gave its verdict. The Top Court ruled that the land belonged to Ram Lalla and ordered the government to give five acres of land to the Sunni Waqf Board.

December 12, 2019- The Supreme Court dismissed a number of pleas to review its 9 November decision to hand over land to Ram Lalla in Ayodhya.

February 5, 2020- Prime Minister Narendra Modi announced the formation of a 15-member Sri Ram Janmabhoomi Tirthakshetra to manage the construction of the Ram temple at the previously disputed site in Ayodhya.

According to the Supreme Court’s decision, the Uttar Pradesh government allotted a 5-acre plot of land at Dhanipur village along the Lucknow-Ayodhya highway to the Sunni Waqf Board for the construction of a new mosque in Ayodhya district.

August 5, 2020– PM Modi performed Bhumi Pujan in Ayodhya, to lay the foundation stone for the beginning of temple construction.

The Ram temple is expected to be completed in the next three years.