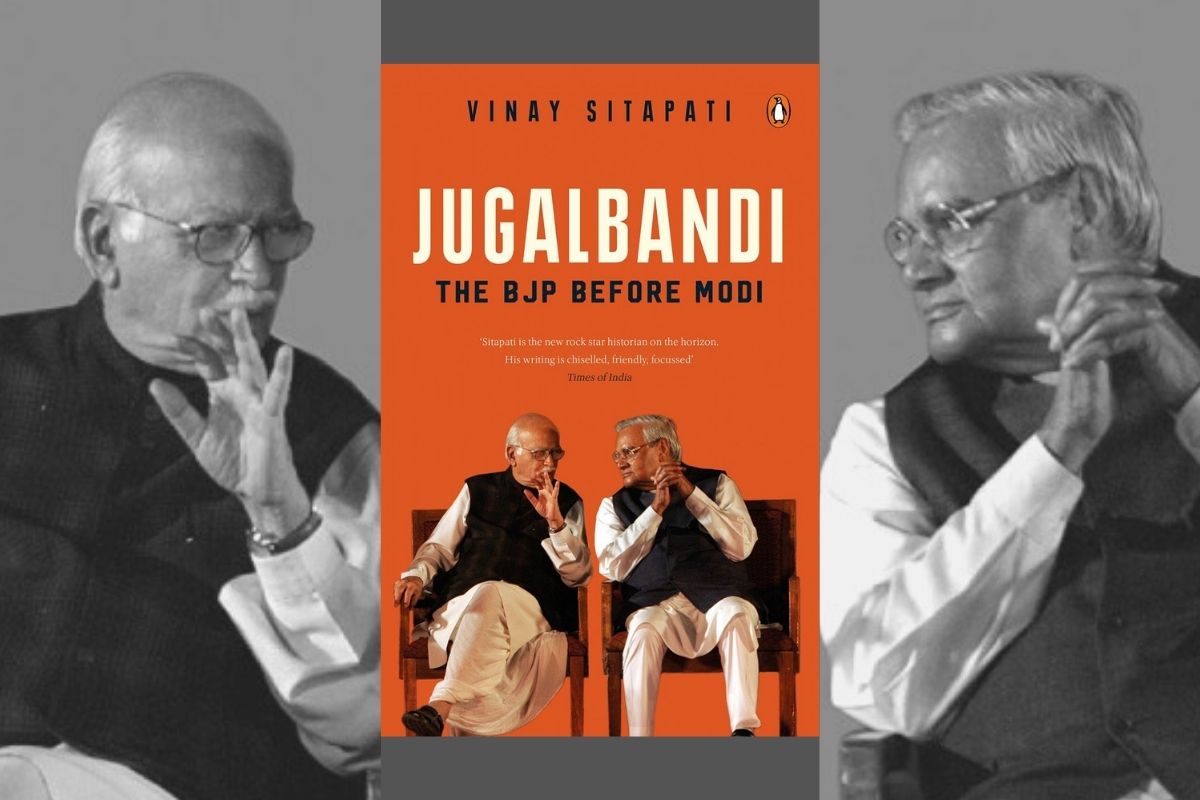 A word like “Jugalbandi” talks about symphonic nexus. When two or more musical instruments create an aura of a vibrant environment, it is Jugalbandi. In a country like India, such words find no space in the political arena. But, the political history of India will always give some instances where Jugalbandi was like “Mia-Biwi” or “Tom and Jerry” cases. Vinay Sitapati’s new book takes one example from the heavy-build BJP. He has tried to display the Atal-Advani duo in his book. NayaTaaza will review the book “Jugalbandi” to unveil the relationship of Atal-Advani.

What is the Jugalbandi story?

The book carves a journey that has many twists and turns. It has mentioned the political turmoil of the 90s that brought immense instability. In ten years, six times the governance of the country got toppled. V.P. Singh, Chandrashekhar, Atal Vajpayee (twice), H.D. Gowda, and I.K. Gujaral saw the dark clouds of their times. The book also talks about Rathyatra, Gujarat riots aftermath, Agra Summit, Kargil War, and 1995 BJP declaration. It has somewhere tried to defend the position of Advani and shown a feeble Vajpayee.

One of the greatest statesmen and orators of our time, Atal led his life with the so-called “Bebaaki.” He defied the orders of Golwalkar Ji in the 1960s when his relationship with Mrs. Kaul came out in the RSS domain. Jugalbandi somewhere displays the influence of Rajkumari Kaul on Atal’s political methodology. It will display a bamboozled Vajpayee, who was not satisfied with the Rathyatra. But, his speech from Lucknow told a different story. Also, he defended his party in Parliament. Atal Ji, who once rebuffed to follow the orders of a staunch RSS leader, got ready to align with party lines when BJP denied the resignation of then Gujarat CM in 2002. His lines of “Raj Dharma” got sharp retaliation in the front of the media.

Mr. Advani gets sympathy somewhere in the book. His phenomenal sacrifice to let Vajpayee take the leadership of BJP, received many accolades in 1995. He understood that India needed a secular figure than a polarised and religion-ideological one. In India, no PM other than Atal Bihari Vajpayee has worked towards a better Indo-Pak relation. But, with this, Advani Ji tried to live an imaginary dream of imaginary undivided India. He participated in the Agra summit after the Kargil War. Advani somewhere decided to be aligned with cadre ideology when Gujarat riots broke out. Advani has talked in the past about the inferiority he used to face in front of A.B. Vajpayee.

The book is going to deliver many intriguing facets. As a result, it will try to grow more political awareness in the country. Many reasons are present to consolidate that the Vajpayee-Advani duo was better than modern-day MoSha. One of the significant reasons is that Vajpayee’s understanding of the notion of the nation, along with the significance of Parliament, whereas, Advani Ji embarking on the lines of cadre-based politics and RSS. There were many instances when conflicts were seeing unfinished ends between them. But, they brought smooth functioning in the BJP. We hope that the book review of Jugalbandi will drive the curiosity amongst our viewers to buy the hardcopy and derive his or her interpretation on the Atal-Advani relation.