Redmi has regularly been coming up with great phones at affordable prices which are powered with spectacular features. Redmi Note 6 pro smartphone from Xiaomi is no difference and is in high demand in India. It had managed to win a lot of likes from Indian tech Freaks, though it was only launched a few months back in June of 2018. It is one of the top model in Xiaomi’s affordable smartphone range. The first Redmi Note 6 pro flash sale came just a day after its sister model Redmi 6 pro hit the market. The new Pro model was up for grabs through Amazon.in and the official Mi.com. There has been two flash sales, one on 11th and 18th September from 12pm. However it was only a matter of minutes before the limited stock exhausted. But, fans will have another chance to have their Redmi 6 Pro as there will be another flash sale on 25th of this month from 12pm as usual. But they have to be quick in adding it to their cart as this time too like previous sales, it will be available in limited quantity.
So, what makes Redmi 6 Pro so special? And why it has become one of the most desirable smartphone among the masses.
Well let us put this in a simple manner. It is simply cheap BUT comes with great features. And just as Indians like it- “Chotta Bomb, Baada Dhamaaka”. That’s what the new Redmi Note 6 Pro is.
The price of Xiaomi Redmi 6 Pro for 3GB RAM and 32GB internal storage variant is only Rs.10,999 whereas the one with 4GB RAM and 64GB inbuilt storage (which is expendable upto 256GB with a micro SD card) variant comes at only Rs. 12,999.
The smartphone comes with a touch display of 5.84 inches and a grand resolution of 2280 x 1080 pixels. It has a 2GHz octa-core processor. Now let us focus on the camera for which it is so popular. It offers us dual rear camera of 12MP + 5MP along with 5MP front camera. Well honestly, the smartphone is quite promising. You don’t have to worry about its battery consumption as it has a 4000mAh powerful battery. But is it is slightly heavier than its sister model Redmi 6, weighing 178gms.

OTHER SPECIFICATIONS:-
It initially has Android 8.1 that is Oreo but it could have provided Android 9.0 i.e Pie which is latest in the Android OS series. However it makes up for it by providing these awesome features. It has a great screen with finger print scanner at the back along with noise cancellation microphone. And there are lots of camera modes available to choose from. *winks* 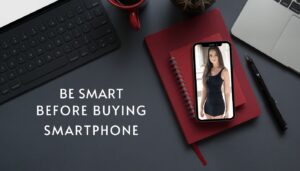